TSS Live! is your ticket to hearing top artists, many of them from outside of L.A., hand-picked by award-winning music producer Randall Michael Tobin just for this series. For a nominal donation (all of which goes to the artists), you get admission to Theta Sound Studio’s main room to experience two artists, each performing their own set in an intimate environment. Additionally, your donation entitles you to receive one CD from each artist! (see below for details)

Parking is free and you may partake in the awesome food and drink that’s available before the concert and during intermission!

Seating in the main room is limited to 23 guests. But there are a few seats available in the control room where you can watch, listen, and see Randall Michael Tobin work his magic at the mixing console.

On Saturday, April 23rd, TSS Live! presents two amazing solo piano artists: Starr Parodi plus Christine Brown. Check out their bios below, then press the RSVP link at the end of the page to reserve your seats (before they’re all gone)! 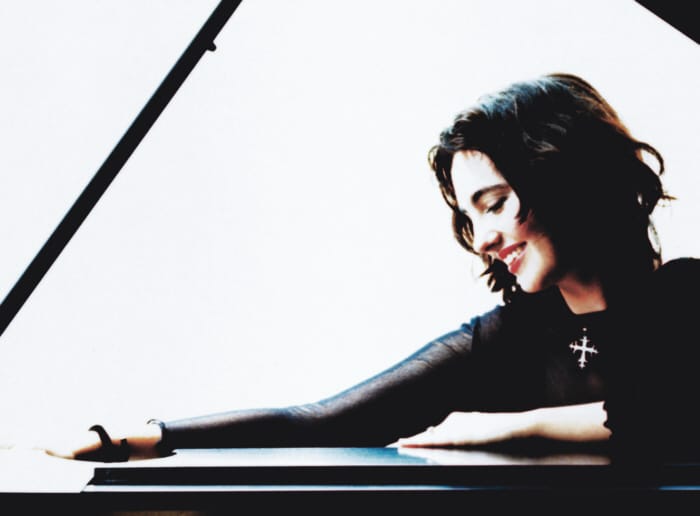 As a performer, Starr Parodi first garnered early national recognition as the late-night pianist/keyboardist on the groundbreaking Arsenio Hall Show. She was invited to play at the Kennedy Center for the inauguration of President Clinton and was honored by Keyboard Magazine as one the 20 most influential contemporary keyboardists.

In 2009, Starr became the first woman to have her concert orchestral works performed in the 75-year history of the Laguna Arts Pageant Of The Masters, where she currently is a featured composer in residence.

Starr, who recently accompanied Carole King on her Grammy nominated CD A Holiday Carole, has recorded with or accompanied a vast array of internationally treasured artists such as Celine Dion, Carlos Santana, Stevie Wonder, BB King and Ringo Starr. She will be playing works from her CD, Common Places, winner of the inaugural Whisperings Solo Piano of the Year Award in 2007, and her greatly anticipated upcoming CD, The Heart Of Frida.

Starr lives in Los Angeles and her web site is parodifair.com. 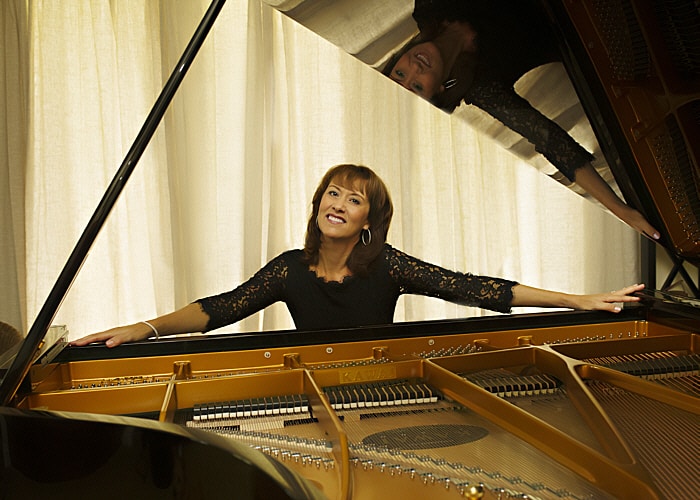 A gifted pianist and composer, Christine Brown‘s music is a unique blend of contemporary, new age and classical sounds. Her graceful, elegant touch is gentle, yet powerful. With the piano, Christine paints a colorful landscape with her thoughtful, musical interpretations of life’s emotions and experiences.

Christine’s 10th album, Souvenirs, was awarded “Best Solo Piano Album of 2014″ by Whisperings Solo Piano Radio, selected from over 100 solo piano albums. Whisperings writes, “It’s not an album to be missed! We have always been a big fan of Christine’s original music, which is a rich blend of both the contemporary and classical. She has a unique voice that is distinctly her own… and this is Christine at the top of her game.” Souvenirs reached #5 on the ZMR National New Age Airplay Charts, remaining in the top 10 for several months. Previous releases, The Wishing Well (2012) and Promise (2009) were also nominated for “Best Piano Album of the Year.”

Since the young age of three, Christine has been fascinated by the piano. Her musical childhood included classical piano instruction, talent shows, recitals and accompanying various choral groups. Christine’s classical training is evident in her melodic and thematic compositions, while rich harmonies reflect her background in choral music. From Chopin to Joplin, her influences were varied and many, and she also enjoyed creating her own arrangements of popular songs. While earning a business degree at the University of Colorado Boulder, Christine was inspired by pianists Peter Kater and George Winston, and the new age genre of solo piano.

After the passing of her mother in 1990, Christine began composing, using the piano to comfort her grief and voice her emotions. She has released several albums of original compositions, as well as medleys of children’s music and unique holiday arrangements. Her emotions come through her music…and through her music, she is able to reach out and touch the hearts of millions of appreciative piano music fans. Christine’s music can be heard worldwide, featured on Pandora, iTunes, Amazon, internet and cable/satellite stations.

Christine currently resides in San Diego, California, and can be reached at christinebrownpiano.com.

This event will fill up fast so RSVP asap!

RSVP via e-mail to [email protected] to reserve your seat(s)! 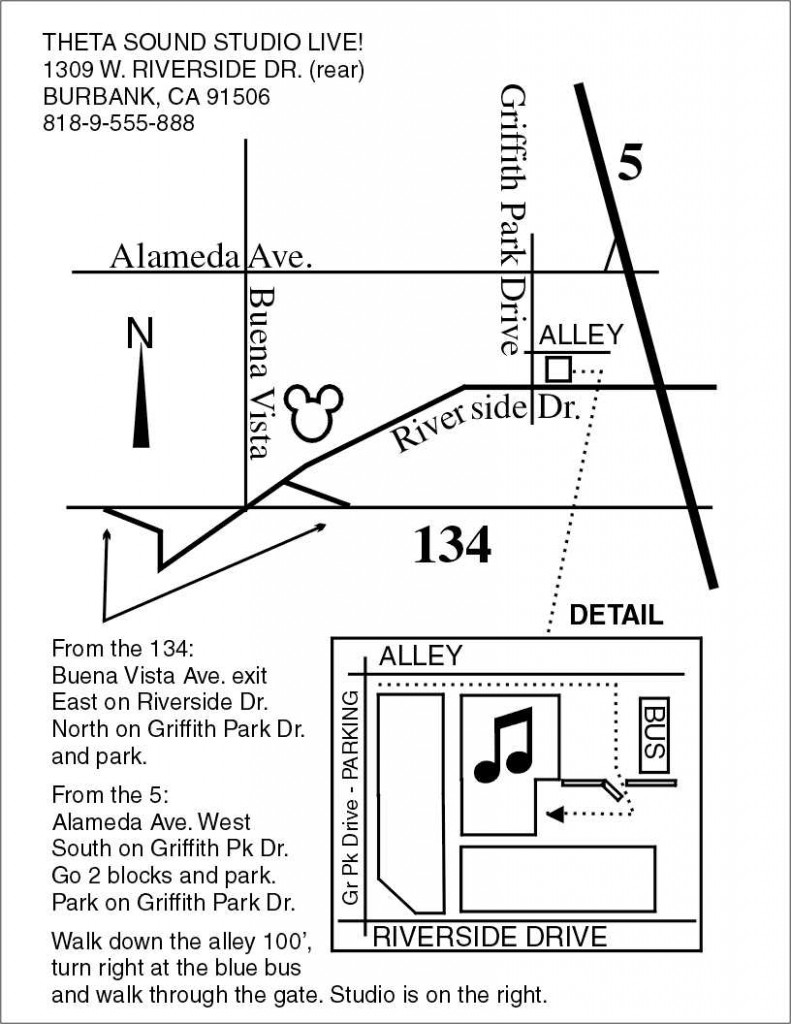 Note: Due to the increasing unreliability of global e-mail communications, it is recommended that you also call 818-9-555-888 to confirm your reservation.

To see/hear a taste of the magic from our previous concerts, go here.

Thanks for supporting live music by great artists at Theta Sound Studio LIVE!